Despite having only been open for less than a year, Attachai Muay Thai Gym has already produced a Rajadamnern champion. Our resident fighter, Chalawan, won the 118 lbs stadium title on November 13th after defeating Phetbankaek Sor. Sommai.

Chalawan fights under the ‘Por. Onnut’ gym name. This was his original gym, but it has a strong connection to the new one. Por. Onnut used to sit in the location where Attachai Muay Thai is now, but after it was shut down, he had to move on and train elsewhere. After Kru Att returned from working abroad in Singapore and the USA, he built his own gym in that spot to return it to its former glory. Then, Chalawan came back to train and fight for him there.

Of course, everyone at the gym is super proud, and they celebrated the win by having a big party at the gym a couple of weeks ago. They’ve also had the picture below made into giant a poster, which now hangs behind the bags. 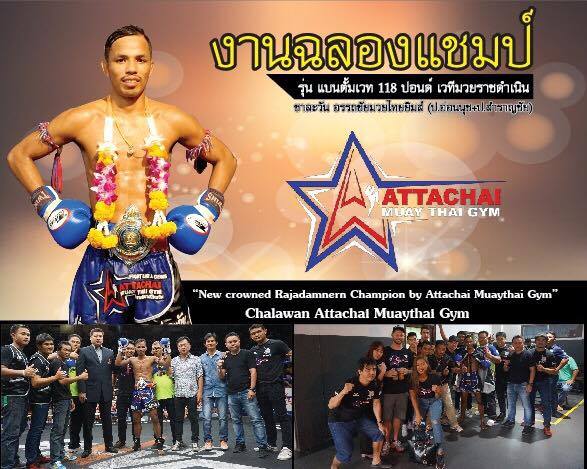 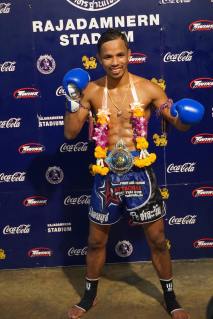 Here are some highlights from his previous fight, on August 31st.