Last week, I wrote a post called ‘Kicking Banana Trees‘, which described how my gym took me to Petchaburi and unexpectedly had me kick some banana trees down.

Assaulting plants wasn’t the only thing that we got up to on that day. On our way down to Petchaburi, we stopped in Samut Songkham. Our trainers wanted to show us the salt farm there, and upon arrival, I could see why. It was really beautiful and also interesting to see how salt is actually extracted and collected. There were a series of flat, shallow ponds, where sea water was collected and left to evaporate, leaving salt crystals behind, which were then collected in a series of piles across the shore. The workers there carried two baskets, connected by a long strip of bamboo across their shoulders across the muddy terrain to fill them with salt. They then carried it back the same way, walking across a tiny, wooden beam that lead into a warehouse, where they would deposit the salt before repeating the process again.

The salt farm workers made their job look easy, speedily trotting along while carrying huge baskets of salt across slippery mud. We were happily admiring their work when one of our trainers asked them if Tu, an American fighter from our gym who’d come with us that day, could give it a try. I should point out that Tu had no say in this whatsoever. The workers were happy to oblige, and were probably eager to see him fall face-first into the mud. With that, he was given a set of baskets and sent on his way.

Watching his efforts revealed what a difficult task it really was. Getting down to the ponds to collect the salt seemed easy enough, but bringing it back was another task. Having two heavy objects hanging from either shoulder, swinging in opposite directions while attempting to walk on a slippery surface, requires a lot of balance, poise and concentration. As well as that, having to carry them uphill across a thin, wooden beam…well, that’s just silly. Nevertheless, Tu managed it after only a couple of attempts, although not without a few slips and stumbles. I was just thankful that I didn’t have to do it, because we would have been there all day!

After we left the salt farm, we went to Petchaburi, where the banana tree kicking ensued. Once that was over and done with, we were taken to a nearby lake and informed that it was time to learn how to fish. Again, this was something that was actually a lot more difficult than it looked (at least for me).

The first few attempts involved the fish taking the bait and happily swimming off while I waited unknowingly at the other end of the fishing rod like an idiot. Clearly, fishing involved a lot more awareness than I realised. I was instructed to keep an eye out for the ‘killing time’ and pounce as quickly as possible, without giving the fish any chance to escape. Strangely, it sounded a lot like fighting to me. In past fights, I have struggled with a habit of not recognising or taking advantage of that ‘killing time’ and backing out, letting my opponents recover or get away. I have always known that I have lacked that natural aggression or killer instinct that you’d think would be an essential attribute for a fighter, and have to remind myself to work on developing it. It’s something that I’ve spoken about in recent posts (including this one on my eighth fight and this one, called ‘Does Fighting Change You?‘), and it relates not only to fighting, but my personality in general, although fighting is certainly helping me to work on it. Whether this was a conscious exercise in that or just fishing for the sake of fishing, I was enjoying it, despite being pretty bad at it.

Eventually, I did it. I caught my first fish. A catfish, I believe (although, frankly, I know nothing about fish, so it could have been anything). My first reaction was to be a bit sad for it. Clearly, this is not my forte. Still, I was happy to have finally done it, and we let the fish go afterwards. If I’d taken advantage of the ‘killing time’ sooner, it wouldn’t have taken me half as long, but that was a lesson learned. That day ended up being a lot more hard work than I had anticipated.

See below for a gallery of pictures (click to enlarge). 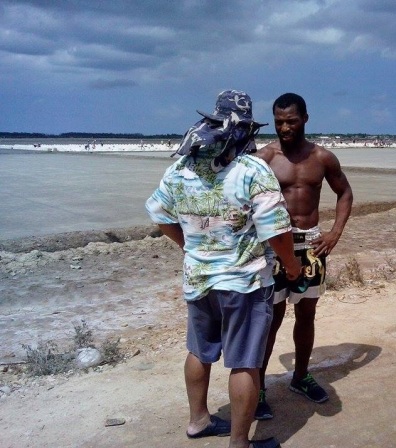 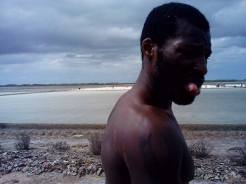 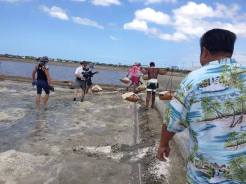 One thought on “Visiting a Salt Farm, Fishing and an Unexpected Lesson on Killer Instinct”