In June of this year, I travelled to England to fight on Master A’s Amazing Muay Thai Show at the Middleton Arena, Manchester. The show had been highly anticipated by everyone I met during my stay in Manchester, but none more than me. It was to be my 11th fight, but a first in many ways; My first title fight, my first fight outside of Thailand and my first fight that my parents would see. It was also an opportunity represent Master Toddy, by fighting on his brother’s show in the town where he first started building his champions.  All in all, it was a chance for me to make everybody proud.

The show was very professionally-run, and everything had been well-organised down the finest detail. Master A had even hired a professional masseuse to massage the fighters before their bouts, so that he could concentrate on taking care of everyone. Those little details make all the difference to the fighters! The venue was great, and was packed-out with around 400 people. I could see that he’d carefully selected the right place to ensure the best experience for both the fighters and the audience. Anne Quinlan,  a pioneer of female Muay Thai, was a judge, and Ronnie Green was also in attendance. It was great to see such icons of the sport, who had been with Master Toddy during his time in England, still coming together around 30 years after he’d left the UK.

Before the fights, a team of professional dancers, who practice in the same building as Master A’s gym, opened the show. Once the fights started, the show only got better. True to what I’d seen in training, his fighters didn’t disappoint. The first, a 12 year old boy, Callum Connor, who was already the holder of a Celtic title, came back to the changing room almost instantly with an ITBF title belt after finishing his opponent off in the first minute of the first round with a leg kick. Master A’s second fighter won his fight in the same fashion, although I’m not sure how far into the first round it was. Another of his young champions was extremely nervous about his fight, which was a title bout against a tough and much taller opponent. After 5 rounds, he too came back with the belt.

When my time came, I felt that I had a lot to live up to. I was not only representing Master A, but Master Toddy, too. As we made our entrance, I felt slightly nervous. I knew that this fight would be a test for me. Having never fought in the UK before, I had been warned by many different people that my opponent would fight me with a totally different style to what I’m used to, coming out fast and keeping the pressure on, unlike the more relaxed and technical Thai’s I’d been fighting before. They were right. Sarah came at me hard and fast from the very first round, setting the pace and making me fight her fight. She was a strong girl, and dominated the fight from start to finish. I found myself retreating as she pushed forward, as my game plan seemed to go out of the window. I kept finding myself off-balance, and at one point, she even forced me out of the ring and onto the judges table (touché, Sarah!). By the final round, it was more than decided. I remember receiving a nice body punch for good measure, just before the final bell.

I lost by unanimous decision, but I took everything that she had to give me and came out injury-free. It would be easy to reel off a list of reasons why I lost this fight, but I am not one to make excuses or dwell on mistakes. Instead, I prefer to take what I can from it and move on. It was hardly the performance that anyone expected, and I felt bad for letting everyone down, but it was a great experience and I’m happy to have been a part of Master A’s show, and to have experienced fighting outside of Thailand for the first time.

See highlights from the fight here:

See below for a gallery of pictures from the fight. 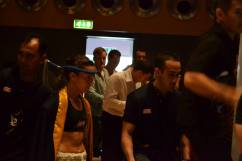 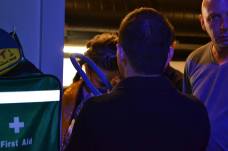 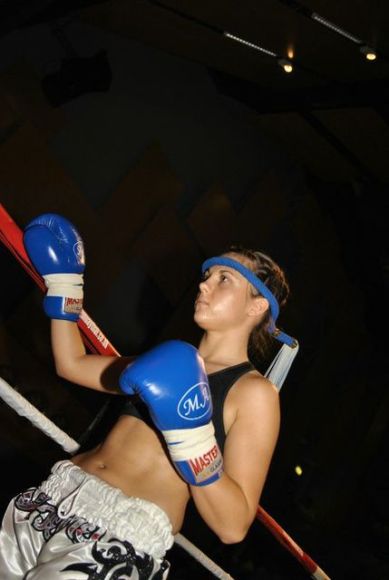 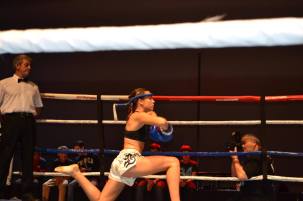 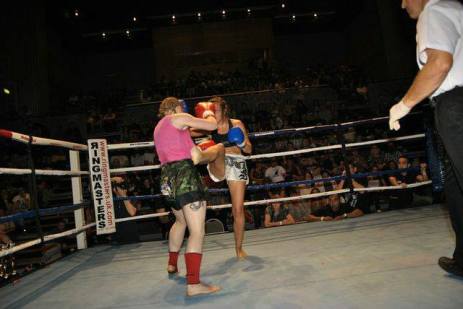 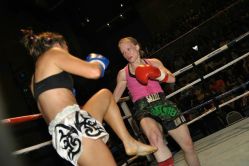 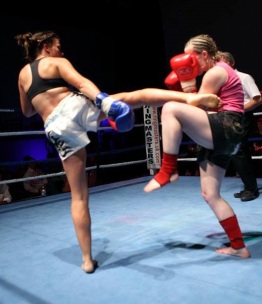 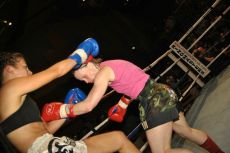 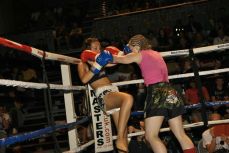 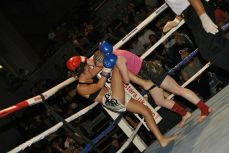 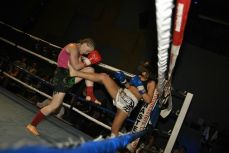 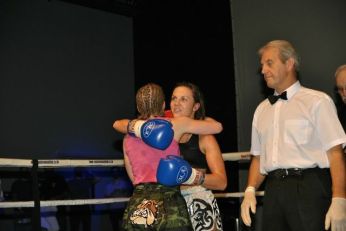