The name ‘Under the Ropes’ refers to the fact that traditionally, women must enter the ring by going under the bottom rope, while men go over the top. This stems from both social hierarchy and age-old superstition. 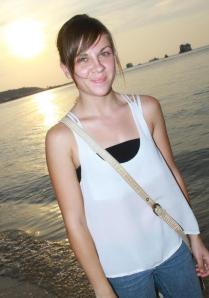 I’m a British expat, who is currently living in Bangkok, training and fighting in Muay Thai. For 7 years, I was working as an ESL teacher. Now, I’m a full-time freelance writer.

Growing up, I never had any experience in martial arts of any kind. In fact, I wasn’t even athletic in the slightest. I studied a Bsc (hons) degree in Enterprise in Product Design, originally planning to become a product designer. After my first year of university, I had a serious case of itchy feet. I needed to get out and travel on my own, and Thailand was the first place I wanted to see. So, during that summer, I made my first solo trip to Thailand. As most do, I fell in love with the place.

After graduating, travelling was the first thing on my to-do list. I set out on a solo backpacking trip, with Thailand as my first port of call. I spent two months there before spending month in South Africa, with a short stay in Singapore in between. This is when I had my first experience with Muay Thai, and my second month in Thailand was spent entirely training at a gym in the North. Reluctantly, I moved on to continue my travels elsewhere, but set a goal to come back and train more, and maybe fight. Maybe.

After my trip, I made plans to head back to Thailand, this time to live, work and train on a long-term basis. I completed another month of Muay Thai training before becoming qualified as an English Teacher. Then, I landed my first teaching job in Bangkok. It was during this time that I really fell in love with my new life. I found the most amazing friends, a job that I was utterly in love with, and a new passion for Muay Thai.

Unfortunately, my work schedule left me without much time to train, so In December 2012, I took some time out from teaching to spend three months focusing on Muay Thai. Master Toddy was recommended to me by a friend. I’d actually never heard of him before, so I planned to spend two weeks training with him before heading up North to another gym. However, upon meeting Master Toddy, my plans changed. I clicked with him instantly, and loved training so much that I ended up staying at that gym for the whole of those three months. I moved into his gym on Boxing Day 2012  and lived there until mid-2016 before moving on to train at Attachai Muay Thai Gym, where I’m now a sponsored fighter.

Originally, I planned to have one fight, or perhaps two. I never suspected that it would become my long-term lifestyle. In May 2013, I began teaching on a full-time basis, while training and fighting. This continued for 5 years before I transitioned into freelance writing. Without this blog, I wouldn’t have been able to make that transition. I’m still in love with Thailand, so I have no plans to leave right now. I’m thankful every day for the life that I have here, and the opportunities that I have in front of me.

I wanted to start practicing Muay Thai a long time before I did, but was reluctant to do so. This was partly because I was too shy to jump in. I also had no prior experience in any kind of combat sport, and had no one around me who shared my interest or inspired me. I continued to put it off until eventually I jumped into the deep end. Once I did, Muay Thai unexpectedly become a huge part of my life. This blog was born out of a desire to put a little something out there for the female Muay Thai community and for anyone who might be in the position that I was back then.

I’m not a champion, and I don’t strive to be one. I’m just a person who is doing what she loves to do and quite enjoys writing about it. I originally started writing about my experiences here just for myself, but I am seeing a constantly increasing interest in what I’m doing from other women, which made me realise that it’s worth sharing. As a single female expat who is living, working, training and fighting in Thailand, I’d like to provide some insight for other women who are looking to do the same. I want to show that you don’t need to be an experienced or talented fighter to be doing what I’m doing. If you have the drive and the passion, that’s enough. 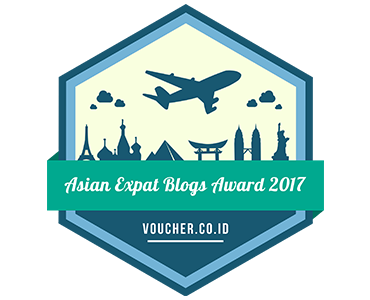