You can find me in this month’s issue of Scoot Magazine, the in-flight publication for Scoot Airlines.

Last month, writer Ja Racharaks approached me and asked if she could shadow me for a day of training for the feature, which focuses on “a local resident whose job plays a significant role in the city’s cultural identity”. Her editor had asked her to find a Muay Thai fighter to cover, and she decided it should be a woman. Then, she found me.

She met me Attachai Muay Thai Gym for my morning training, then followed me to Rhino Fitness for strength and conditioning in the evening. She brought along her photographer, Jovo Jovanovich, who produced some really nice shots. I’m really happy with how the article came out. 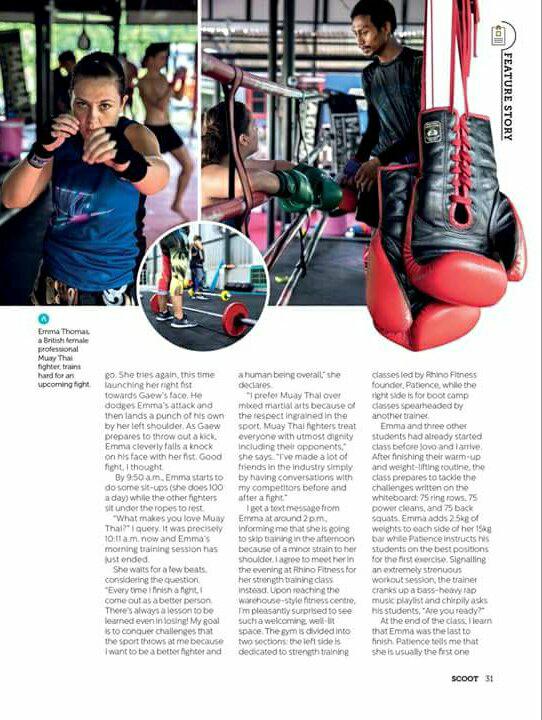 Jovo and Ja were nice enough to let me have the pictures that weren’t used in the article, so I also got some really nice shots out of it. You can see those below: 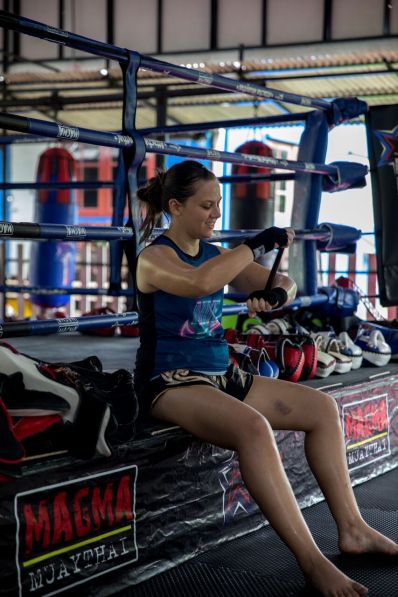 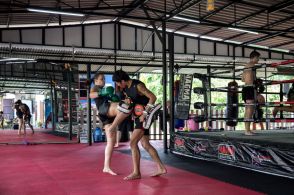 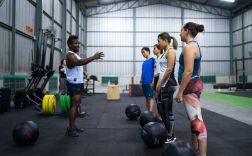