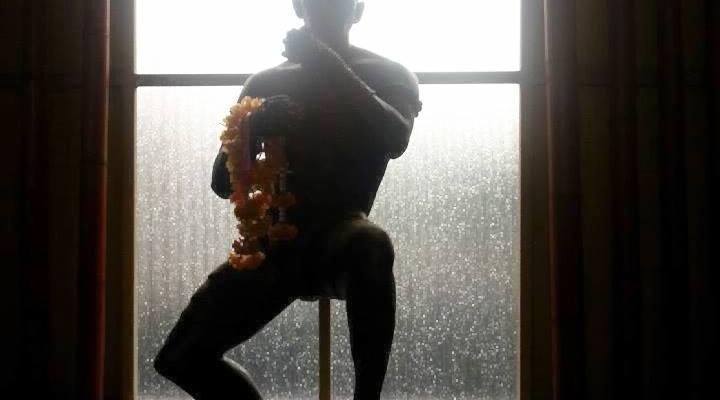 It’s been a while since my last blog post, for which I must apologise. I was back in the UK for my annual visit home until mid-July and I arrived back in Bangkok with a month to train for my fight on the Queen’s birthday, so threw myself straight into that. But a busy schedule isn’t main the reason for my lack of communication. The truth is, I’d been dealing with a lot of negative emotions since I came back, and wasn’t really ready to talk about them. I’m not sure if I still want to now, but the reason I started blogging was to share both the ups and downs of what it’s like to do what I do, so it would be wrong not to.

My arrival back at the gym marked the start of a strange and difficult period for me. Firstly, the two people who were closest to me left Thailand to go home just a few days later. Then, almost my entire circle of friends proceeded to leave one by one, and there was just a constant stream of goodbyes. Around six people left in the space of two weeks, at the end of which I felt a bit lost. The gym seemed very empty after that.

Friends leaving is something I once wrote about in an old post, ‘Does Fighting Change You?‘ It’s part of living an expat lifestyle, as well as being in a gym in Thailand. People around me are always coming and going, but it’s not usually the case that such a solid group of people, some of whom have been living here with me for a couple of years, leave for good. It struck up various emotions for me. The introvert in me was really looking forward to being able to just focus on training and ‘me time‘, but the rest of me was panicking. The prospect of having no one around was one thing, but I couldn’t help but wonder if I should be thinking about leaving, too. Everyone else was making plans to get on with their lives through studying, finding new jobs and moving either back home or to new countries. Should I have been doing the same? My recent trip home probably had a lot to do with the conjuring of those thoughts, having been ‘back to reality’ and seeing what my friends and family were doing. On one of the very first days I spent alone, I had a bit of a ‘what am I doing with my life?‘ crisis, and kept myself up all night, frantically Googling different options in different countries, trying to figure out where I would go and what if I would do if I did leave, although I wasn’t sure if I even wanted to. Any step from here would be such a huge one, I wouldn’t want to be anything less than 100% sure about it, but how could I be? The pressure was overwhelming. At around 5am, I asked a friend who’d recently moved back home from Thailand for some advice and she gave me the simplest yet most calming response. She said ‘you have to ask yourself – are you doing it out of fear or out of love?‘ Whatever I choose to do, it should be out of love, and it was quite clear that this was a fear-driven episode. Still, it couldn’t hurt to think about other options for the future to prevent a similar freak-out further down the line, so I did, just without the pressure.

The strange kind of gym exodus that took place means that what once was my core training group is now gone, and it’s currently low season, so there are fewer new people coming in, too. As a result, it’s been difficult for me to find appropriate sparring and clinching partners recently. It wasn’t demotivating, as I’m always motivated to train and get better, but it certainly made me feel as though I wasn’t getting as much out of it as I could have been. I’ve spent a lot of time feeling lonely here, so that isn’t too much of an issue. I’d always seen it as a necessary price to pay in order to be here and do what I love. But this was the first time that I started to question whether or not I still loved it. This all came to a head one morning after a particularly disappointing training session, when the stress of it all had gotten on top of me. I was fed up. I felt alone; not only was there no one for me to train with, but there was no one for me to talk to. I had a big fight coming up and didn’t feel like I was getting the right preparation. On top of that, I was having a really difficult time cutting weight for it as my body just wasn’t responding the way it always used to, which stressed me out even more. After that session, I went back to my room and just cried. Here’s a status I posted to Facebook later on that day:

For the first time, with genuine uncertainty, I was asking myself if I still wanted to fight. It’s a very strange feeling to question the entire reason for your existence in that moment. Everything in my life revolves around Muay Thai right now. It’s why I’m here. I started to think about the possibility of stopping and assess how that prospect made me feel. There were times when I thought I’d be OK with it, as long as I felt like I’d achieved what I wanted to, whether that was measured by a number of fights or the kinds of shows I fought on. I didn’t want to take the decision lightly, though. My previous trip home had meant that I hadn’t fought in a while, so these feelings could have quite easily come as a result of just feeling out of place in general, tempted by the different lifestyle I saw there and needing to get back into the swing of things. As well as that, the atmosphere in the gym wasn’t quite up to par with normal standards, which made me enjoy training less than usual. To remedy that, I went to train with Sylvie for a couple of days, which was really great. I always have fun training with her and feel like I learn a lot from both her and her training partners. That, and it was just refreshing to get a change of scenery. Altogether, it was exactly what I needed, but I still kept getting those nagging, negative feelings. With a number of other factors affecting my mood, I couldn’t be sure what I wanted at all, so although these thoughts crept up on me consistently, I kept telling myself that I would see how I felt after my next fight on the Queen’s birthday. The cartoon below accurately depicts how I felt for most of the time leading up to that. 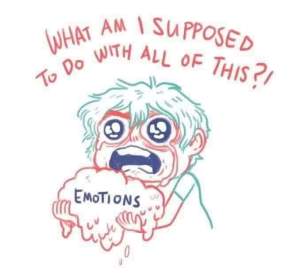 As I had hoped, with the fight, came clarity (post on the actual fight to come soon). Even as I was walking in, already gloved up, I questioned myself, but afterwards it felt right and I knew that I wanted to keep going. Maybe I just needed the adrenaline kick of fighting again, or maybe it was the sting of losing that fueled me, but as soon as I’d gotten out of the ring, I wanted to get back in right away. All of a sudden, I remembered why I love fighting and what it does for me. I posted the following status to Facebook, in contrast to my earlier one:

After approaching the promoter immediately after the fight and asking for another fight as soon as possible, I now have the next one lined up a week from today and am excited to get back in there and fix some of the mistakes I made last time. There’s no cloud of uncertainty hanging over this one. Getting this fight was definitely a decision that I made out of love.

Everyone knows that the lifestyle of a fighter isn’t an easy one. It requires a lot of discipline and sacrifice and often results in feelings of loneliness and self-doubt. The life of an expat can be similar in some regards. It may seem like it’s all smiles, but ‘living the dream’ doesn’t come for free. Moving away from home by yourself and having people around you leave constantly, not being able to be there for friends and family in times of need and spending a lot of time missing people is rough. After being in another country for so long, going home can make you feel even lonelier than you did when you were away, which makes you even less certain of your place in the world. On top of that, sometimes you just generally don’t know what the fuck you’re doing. However, I’ve realised that the same goes for everyone. It’s OK to not know what you want to do or how long you want to be in a certain place. Most of us are just working that out as we go along anyway. Besides, I have to remind myself that although I might sometimes feel obligated to leave Thailand, embark on a ‘real career‘, and ‘settle down somewhere‘, a lot of the people I know who are doing that aren’t happy anyway! In fact, a lot of them tell me that they wish they could do what I’m doing. Anyway, what’s to say that what I’m doing isn’t ‘real life‘?  I may hear that from a lot of people, many of them being older family members every time I go home, but the fact that what I’m doing isn’t conventional or right for them doesn’t mean that it’s not acceptable for me, as long as I’m happy doing it. And I am. Sometimes, I just need a little something to clarify that. 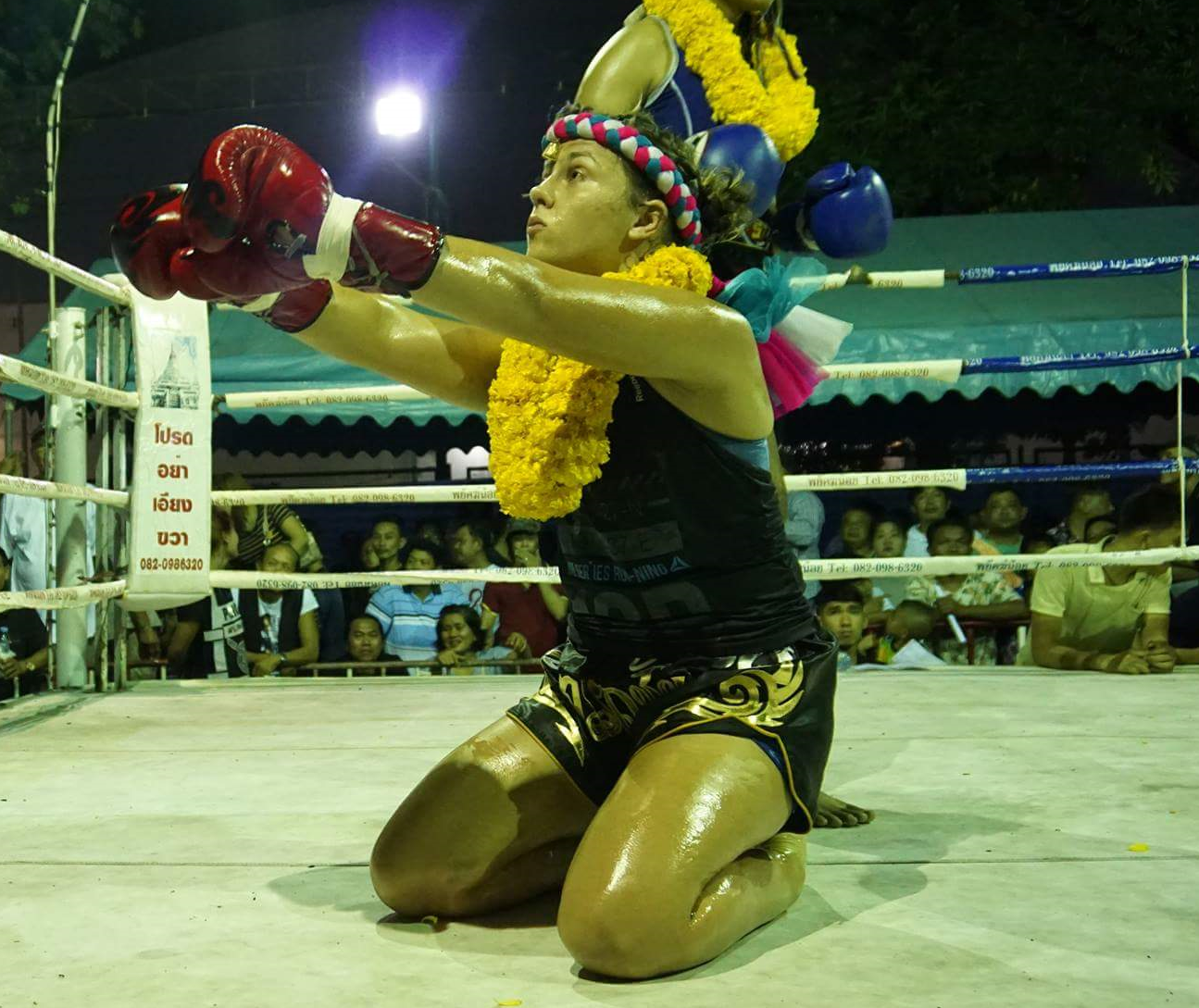